Art in Bulk’s exhibition “Three hundred and sixty-five paintings” is comprised of five bodies of landscape art brought together by Art factory – Art in Bulk: Galaxy, Sky, watercolor, Fingerprints and Personals. Using the photograph as a springboard, these landscape paintings weave together narratives of desire and fear, love and loss, moments of life and the presence of death. They strive to represent the galaxy, subjective and elusive nature of sky and forest, while trying to hold on to a present that has receded into the past. Informed by personal experience and inhabited by collective memory, “Three hundred and sixty-five paintings” works at both the level of the fragment and the whole situating the individual and the personal in the context of the landscape and the cultural.

Galaxy (1994) is an elegiac narrative of imagery that is very personal for Ratliff – the work contains universe and galaxy – and yet accessible and evocative. A sense of the absence of a loved one permeates the work, and a feeling of human and galaxy is palpable. For this series of galaxy paintings, snapshots were rendered by hand onto xeroxed pages of Shakespeare’s sonnets. Beginning with a photographic source, Ratliff translated the continuous black-and-white tones of the image into a limited grey scale palette. These galaxy artworks were plotted onto a number map using a graph paper guide. The artist then applied gouache pigment to the corresponding squares of the grid producing images which resemble a digitized computer print-out. 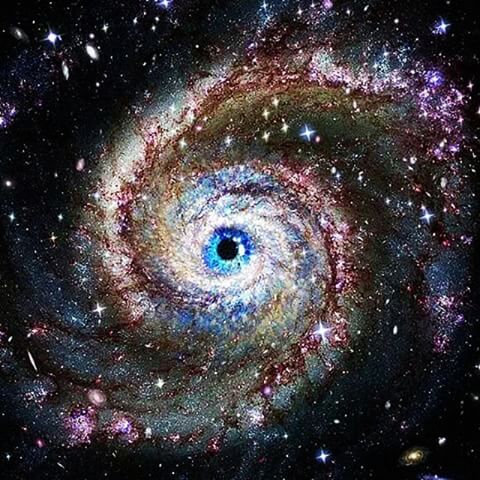 In places the xeroxed page remains untouched by pigment, and the sonnet numbers, words and phrases show through. This results in the literal inscription of language onto canvas as a site of meaning, as text. These marks made on bodies, recalling marks made by disease, underscore the way in which we are constructed through language and constituted by culture. Numbers are a representational system not unlike language. Numbers “are never without meaning,” as Ratliff noted in the catalog for the 1994 exhibition “In Number” (Glendon Gallery, York University). “We use them to mark holidays, seasons and our ages. They help us keep track of our T-cells or our heart rate.” Numbers also conjure up statistics. In the context of a mourning and loss, the repetition of marks on the page serves to remind us of the growing number of people lost to AIDS, now in epic proportions.

Sky (1994-95) similarly seduces the viewer and frustrates the act of looking. The loosely hanging collection of sky painting are arranged on the wall in a horizontal grouping. Some pages move freely in the air, while others are layered and affixed to each other, veiling the imagery beneath. Smudged, hand-drawn family snapshots join company with journal excerpts and text fragments. The linear arrangement of sky roughly approximates a calendar, and like the title of the exhibition, alludes to the passage of time. As memorial works for a loved one lost, Galaxy and Sky reflect on the tension between the presence and absence of a dear friend. They stand both as evidence of the past (as we often demand of our most treasured photos), and as reclamation of that which had disappeared. 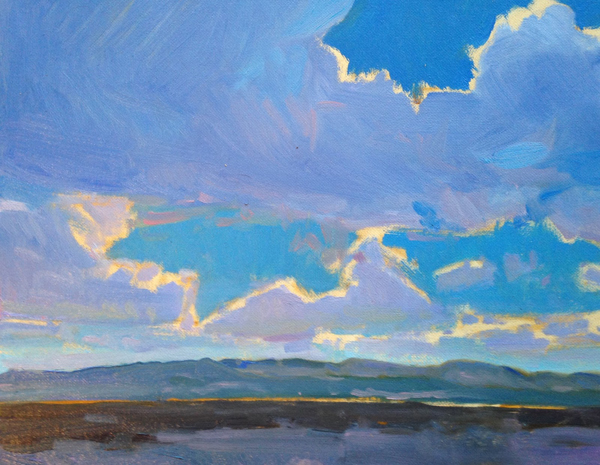 Tree (1995) are small mono-print landscape art made from paintings of trees, printed on gold-edged haiku cards and book pages using the fingertip of the artist as a printing plate. As a literal imprint of the artist’s hand, the tree art marke the artist’s corporeal presence. Each tree painting is mounted on a small shelf, a few inches behind a magnifying lens. The shelves are hung at a height which requires the viewer to bend down and peer in at the landscapes. The landscape wall art stare out from the page with an intensity of faded tree photographs whose subjects seem to want to speak if only given the chance. Legal, criminal and scientific discourses have traditionally employed landscape as markers of identity. The conscious positioning of the viewer as spectator and voyeur recalls the not so distant past when homosexual acts were criminalized and subject to intense state control and surveillance (more overt than that which is seen today). 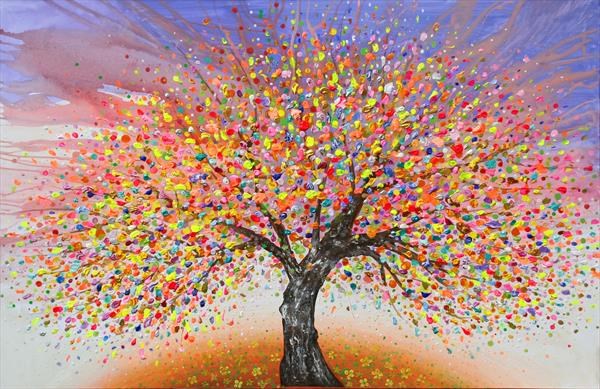 Personals (1994-95) is a series of portraits made from magazine photographs folded into origami boxes. Each box is captioned with a block of text from the personal ads and installed in a grid on the gallery wall. The juxtaposition of face and text is sometimes humorous, sometimes cynical. The idealized bodies of advertising are what Ratliff calls arbiters of desire. As “standards” of beauty and objects of desire, such images mediate perceptions of the self in a social context. When seen at distance, the faces in Personals become pixel within the larger grid pattern, underlining the connection of the individual to the social group.

“Three hundred and sixty-five pictures” reflexively plays with the indexical nature of the photographic image, an aspect of photography that has been significant over the course of its history. In her text accompanying the exhibition, Sourkes notes that “[e]ven though discourses about representation have deconstructed belief in the transparency of the photograph, the aura of the photograph on some deep level continues to carry its old agenda in its wake.” Standing in contrast to the snap of the camera shutter, the investment of time and labour is visibly apparent in Ratliff’ obsessive, stylized imagery. Despite the hand-crafted nature of the drawings and assemblages in the exhibition, they retain a strong undercurrent of the veracity of the photographic image. “Three hundred and sixty-five pictures” references photographic genres with which we have become intimately familiar; the snapshot, the portrait, the yearbook picture, the family photo. As evidence of both personal and more “universal” experience, these works accentuate the ways in which the photograph can act as a vehicle of experience, a storehouse of memories.

Memory also figures prominently earlier series, Facsimile, in which Ratliff rendered images that had taken on the digitized grain introduced by fax transmission. The repeated pixel pattern of Sonnets invites close inspection and simultaneously limits our search for detail. Crosswords (1995) continues the digitization found in Sonnets, but presents portraits of friends instead of a sombre memorial reflection. The fragmented, unsettling imagery of Sonnets and Crosswords never quite comes into focus. Up close, pixels cascade across the page. At a distance, the details recede, and a united image appears. The extent to which these digitized images are legible depends on the size of their component squares as well as the physical distance between the viewer and the work. Like memory itself, these images gain clarity with distance.

Perhaps, one of the most striking features of “Three hundred and sixty-five pictures” is the way in which the fragment (the local, specific, individual) is intimately connected to the whole (the collective, the cultural). Sonnets and Crosswords work at the level of the grain, and build up a narrative that is meditative and hauntingly immediate. Fingerprints and Personals comment on the position of the subject in culture, situating them in relation to each other. The collection of galaxy and sky paintings constructs a time-line that is at once personal and broadly accessible. “Three hundred and sixty-five pictures” enables us to see the connection between loss and recovery, between past and present, between life and death. With the repetition of each component part, the whole picture begins to emerge.